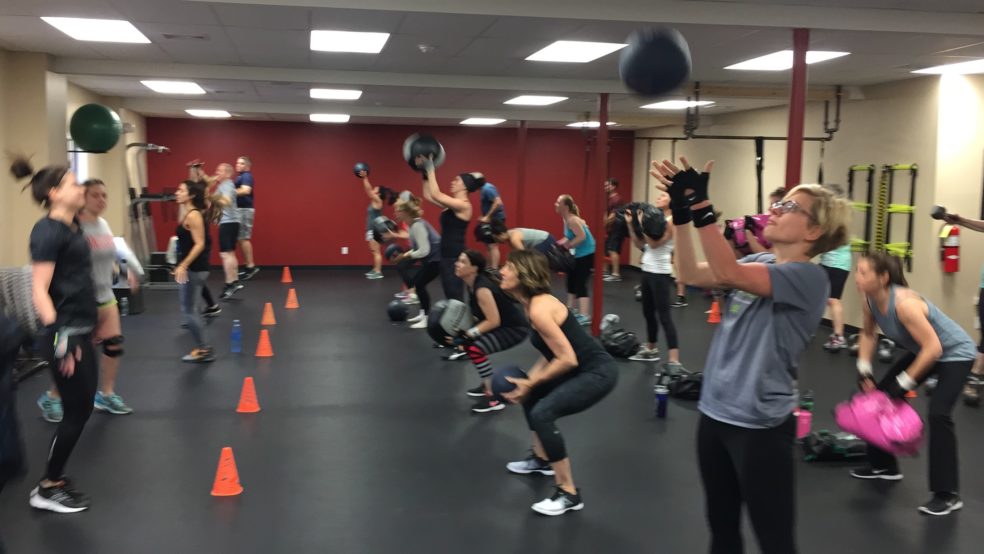 Most of us have goals to increase lean muscle or lose fat or both. Exercise is, of course the only way to increase lean muscle. Losing fat can come from both dietary changes and from exercise, the most effective is a combination of both. More calories burned and fewer calories consumed equals loss in weight. That much is obvious but why is it best to lose weight using a program that includes exercise of both strength-training and aerobic activity?

Believe it or not, years ago I was a Jenny Craig weight loss counselor. It was as silly a job as it sounds. Although it was never said, my real job was to get clients to order their Jenny Craig meals. Their program may have changed now, I don’t know, but back 20+ years ago exercise was an afterthought with their programs and that, as you’ll see, was a problem.

Did clients lose weight at Jenny Craig? Yes, most did. Did Jenny Craig have a program that eventually brought their clients back to eating regular food instead of the packaged Jenny Craig meals? Yes. But here’s the sad part, most clients started putting back on the weight and more almost as soon as they reached their goal. These people had worked so hard. Deprived themselves for so long and here they were walking in a few months later back to square one. I felt terrible for these people. I didn’t know the answer then. Was it self-control? Were they eating terrible foods? Were they overeating in response to all the dieting they had done? These things could have been part of it but the real answer was exercise, specifically strength-training.

What they have found is that every time you lose weight without exercise, you not only lose some muscle mass, you lose mostly muscle mass. In other words, you’re not just losing the fat you want to get rid of, you’re losing your lean muscle mass. And guess what? Your metabolism is partly determined by how much muscle mass you have. More lean muscle mass = higher metabolism. So those poor Jenny Craig clients who had paid so much to lose weight left the program with a lower resting metabolism than they started with. That meant they had to eat even less than they could have before they ever began. Worse, every time they came back or dieted without exercise they were setting their metabolism even lower.

With the above you can see why exercise is so important as a part of any weight loss program. But what is the best exercise to do? The answer is both. Cardio generally burns more while you are working out but strength-training continues to burn for hours after, which is why we try to do both in every workout. But let me explain why strength-training has such a superior after burn.

First of all, every time you strength-train you create micro tears in your muscle. These micro tears and the repair that happens is what creates a shapely muscle. It is also part of what increases metabolism. It requires a lot of energy and nutrients to repair those micro tears. Secondly, there is something called EPOC, or excess post oxygen consumption effect. This basically refers to the oxygen used to return the body to its resting state.  While your body is working to return to its resting state, your resting metabolism* is running at higher rate. Studies show that metabolism stays elevated for up to 36 hours following strength-training. Lastly, as you saw above, the more muscle mass the higher your resting metabolism. Think of it, if you only increase your resting metabolism to burn 20 more calories a day, that is 140 calories a week, 600 calories a month, 7,200 a year!

Cardio also has its place for what is burns during exercise. However, studies have shown that those long slow runs or walks won’t help. Interval training, for example, the Tabata training we do in class is where it is at. That is that working all out followed by brief rests, followed by more all out work.

Be sure to also feed your body to support the exercise you do. Protein and branched chain amino acids are particularly important in this, which is why we recommend whey protein shakes as a meal replacement on your boot camp days.

*Resting metabolism refers to the basic amount of energy or calories that are expended each day just to perform your body’s most basic (basal) functions, like breathing, circulation and cell production, etc.